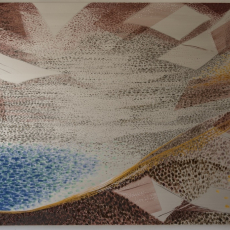 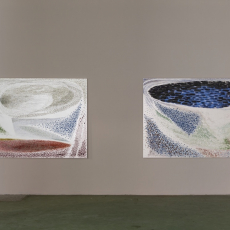 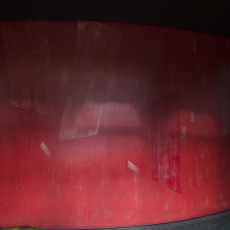 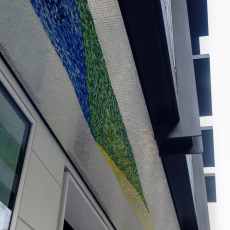 Antoni Malinowski is an artist who works with pigment, light, movement and time, investigating the dynamic relationship that exists between pictorial and architectural spaces. After studying painting at the Academy of Fine Arts in Warsaw and furthering his studies at the Chelsea College of Art, Malinowski has established his practice in London. Since his first wall drawing installations in the mid-1980s, Antoni Malinowski has been working in a variety of media including painting on canvas and walls, video, and drawing on often vast scale. Malinowski’s paintings have been exhibited internationally and are in many private and public collections including Tate, London.

Following his major solo exhibition at the Camden Arts Centre in 1997, Antoni Malinowski spent several months as an Abbey Scholar at the British School at Rome researching the ancient Roman wall paintings. This triggered many collaborations with architects on permanent interventions in architecture. They range from engineering colour for facades to complex wall paintings and include Vermilion Wall painting spanning three floors at the Royal Court Theatre(2000), London and the façade and interior spaces of the Coin Street Community Centre(2007), London , both collaborations with Haworth Tompkins Architects; wall painting at the Luxor Theatre (2002), Rotterdam , collaboration with Bolles+Wilson Architects; Venetian glass mosaic( 2010)for the elevation on Maddox Street, London , collaboration with Eric Parry Architects. In 2013 Malinowski has completed wall and ceilings paintings at the HTA refurbished Chichester Festival Theatre and also the foyer ceiling paintings at the new Everyman Theatre, Liverpool designed by Haworth Tompkins – this won the 2014 Stirling Prize.